The proton speed is very important for nucleus spallation, thereby producing neutrons and mesons to be used in study. The RF (radio frequency) accelerating system is used for the acceleration. Finally, the proton beam is accelerated nearly to the light speed.

Linac about 300m in length

The proton beam is firstly accelerated at Linac. The RF (radio frequency ) accelerating system is used for the acceleration. 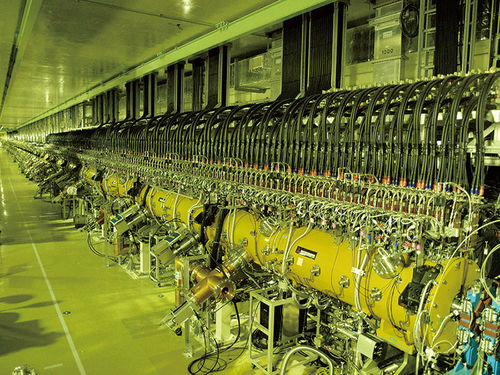 RCS about 350m in circumference

In normal operation mode, over 90% of the protons accelerated in the RCS are directed to the muon and neutron production targets in the Materials and Life Science Experimental Facility(MLF). 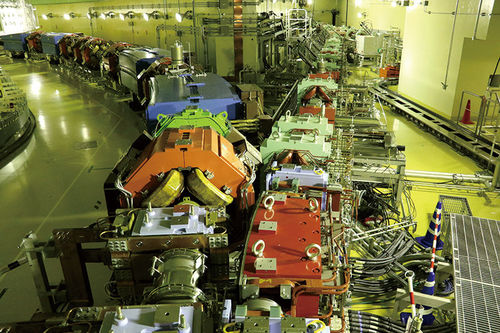 MR about 1600m in circumference

The remaining protons which are not directed to the muon and neutron production targets are transported to the MR for further acceleration before being extracted via one of two MR extraction ports. The slow extraction (SX) port directs the high-energy protons to the Hadron Experimental Facility where a variety of nuclear physics experiments are carried out using K-mesons. Protons from the fast extraction (FX) port are guided by superconducting magnetic array towards the pion production target. Neutrinos generated in pion decay processes are sent as part of the T2K experiment to the Super-Kamiokande facility 300 km west of Tokai in Gifu prefecture.