Explore the structure of nucleus

At the Hadron Experimental Facility, researchers are trying to approach the structure of nucleus.

The Hadron (Hadron; an aggregate of quarks) Experimental Hall uses the slow extracted proton beam from the 50 GeV Synchrotron. There are several secondary beam lines, where secondary particles , such as pions (pi mesons) and kaons ( K mesons),produced at the production target are transported for experiments.

Studies on "hyper-nuclei", nuclei with "strange" particles inside , are being conducted at the K1.8 beam line using kaons, shose goal is to understand the fundamental interactions between hadrons.

Rare kaon decays are studied at the KL beam line to investigate the so-called "CP violation" , a key to understand our universe where matter dominates over anti-matter. An experiment is planned with the proton beam to investigate the origin of the hadron mass.

Explore the mystery of particle

At the Neutrino Exoperimental Facility, researchers are trying to explore the mystery of particle. 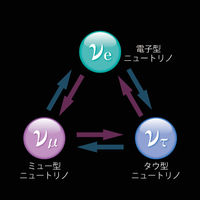 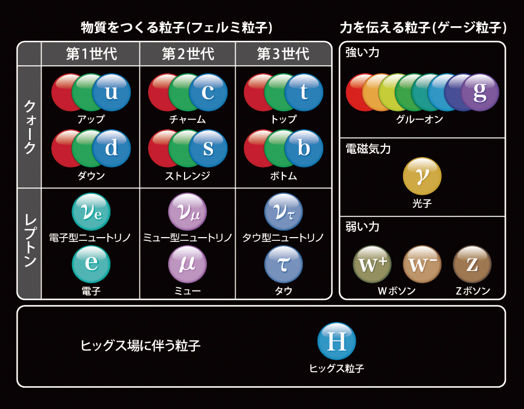 17 kinds of partcles for the Standard Model